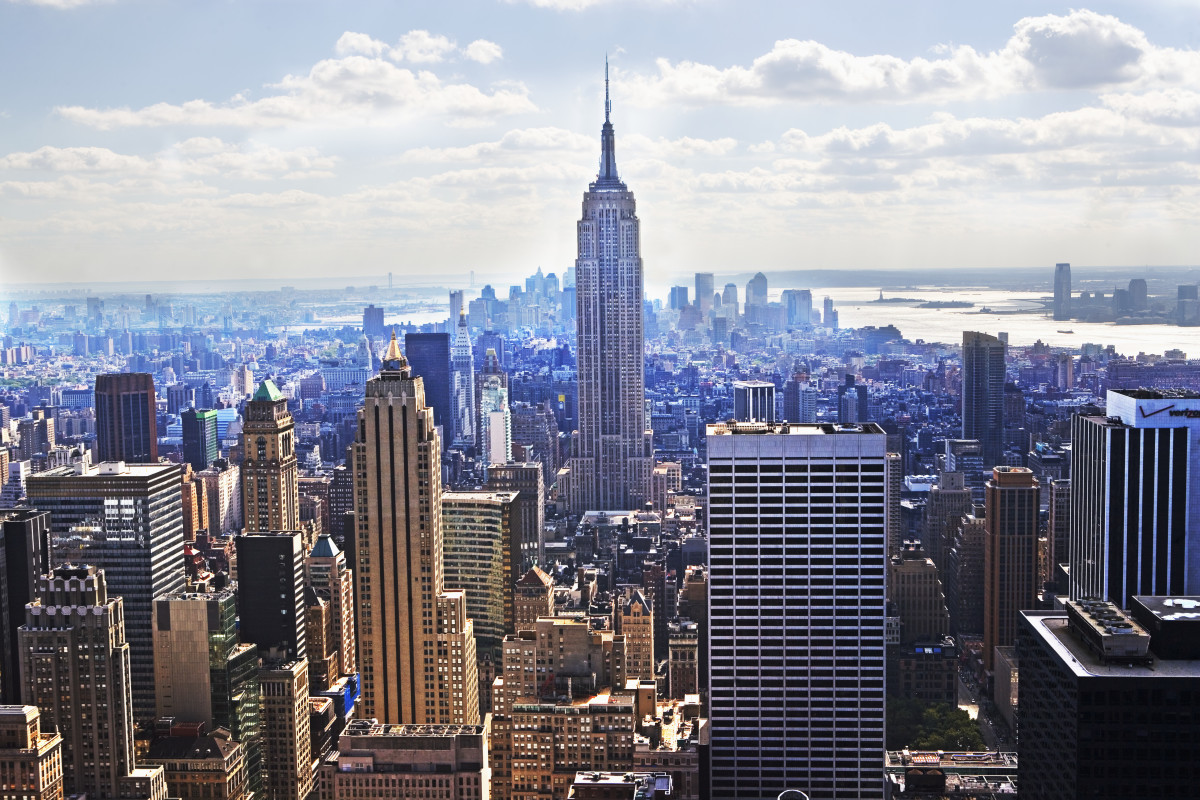 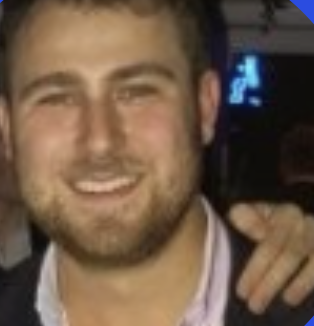 The cost of living in New York City is astronomical. The scarcity of space and the increased production of luxury buildings are responsible for displacing many families. According to Clara Hemphill of the New School, “rents have gone up nearly 40% in the last 20 years, while the wages of renters have gone up by less than 15%”(Hemphill). With the unequal ratio regarding rental rates and income, the average civilian cannot survive the capitalistic approach the housing market operates in. Three main factors play a large role in these issues. Particularly, tenants are spending more than 30% of their annual income on rental rates. At this level, life is not sustainable in New York City. Furthermore, private developer involvement is necessary to raising the stock of affordable housing units — their participant is currently nominal. The sheer numbers of available units simply do not meet demand; therefore, more must be constructed. And lastly, neighborhood environments must appear to be more conducive to heathy lifestyles. Popular thought and common misconceptions of violence and crime in public housing, has created a stigma toward affordable housing NYC. This is vitally important to future generations and inhabitants of the city. To combat inequities and make housing more accessible, Mayor Bill de Blasio has introduced a comprehensive plan — OneNYC. His scheme begins with preserving the quality of the existing affordable housing stock. Through maintenance, the finite number of units will act as the backbone in the affordable housing sector. Secondly, Mayor de Blasio’s “plan requires that at least one in four apartments in new buildings in rezoned areas be kept affordable for the entire life of a project”(Barbanel). This requirement forces developers to produce more affordable housing units, while they personally benefit from tax abatements and other incentives for compromising valuable free market space. And finally, OneNYC intends to educate New Yorkers about the neighborhoods in which affordable housing exists. Mayer Bill de Blasio’s ambitious plan communicates that he will attempt to build or preserve 200,000 apartment units over the next decade. This figure is 35,000 more than the Bloomberg administration proposed(OneNYC). If his projections come to fruition, housing issues in New York City have the potential to be reduced.

Affordable housing encompasses a wide definition in New York City. There are several categories and forums of housing that are acknowledged as “affordable housing”. One forum of affordable housing is, public housing. The New York City Housing Authority owns, rents, and maintains this class of housing throughout the 5 boroughs of New York. Another form in which the government reduces the cost of housing is through tenant-based section 8. This system provides vouchers directly to tenants to reduce their rental rates(“Affordable New York: A Housing Legacy”). And lastly, the government can directly provide subsides to developers and landlords in exchange for constructing units below market rate. Examples of this class of housing include: project-based section 8, mitchell lama, low income housing credits, and 80/20 new construction housing program(“Affordable New York: A Housing Legacy”). These cost benefit programs can help to offset the costs of maintaining commercial real estate properties. However, currently, the problem lies in involving private developers and enticing them with the proper benefits. Without their participation, the housing crisis will only continue on this treacherous path. However, historically speaking, the real estate market has been dictated by money. Developers are worried about the finical incentives. Mayor de Blasio is faced with a challenge here. He must get developers on his side, through communication, education and incentives targeted towards this sector. Clearly, this is a large undertaking. New York’s relationship with developers is vital to, increasing the overall supply of affordable housing. The city’s relationship to its “regional partners” will enable additions to the affordable housing stock(OneNYC).

Lastly, the neighborhoods in which subsidized housing exists must be clean, safe and healthy for future generations. If the space is not maintained and taken for granted, the problems are perpetuated. However, in New York, contrary to other cities across America, the public housing are relatively safe and clean. Mayor de Blasio faces the problem of a skewed public perception. Because the average New Yorker is uneducated on the subject, affordable housing is automatically associated with violence and crime. Even esteemed city planner and activist Jane Jacobs generalizes the conditions of affordable housing sites. She explains, “low-income projects…become worse centers of delinquency, vandalism and general social hopelessness that the slums they were supposed to replace”(“Affordable New York: A Housing Legacy”). The perception of this issue must be attacked in New York City. When providing the proper numerical data, regarding crime and violence rates, to city residents, the gap between misconceptions and reality will be revealed.

Those main issues that are present in the NYC housing market have been battled for decades. However, it is now Mayer Bill de Blasio’s turn to try fight for change. Inventory problems are the spark that ignites the housing problem. Simple supply and demand analysis will lead to the conclusion that, because of the limited supply, demanders will have to pay more. Mayer de Blasio’s initiative will attempt to produce 80,000 new units in the 5 boroughs, thus attacking the issue. This initiative is to “create and preserve 200,000 affordable housing units over ten years to alleviate New Yorkers’ rent burden and meet the housing needs of a diverse population”(OneNYC). With homelessness at a record high, the need for affordable housing is very apparent. To execute this goal, de Blasio and OneNYC state that, “we will maximize the use of City-owned land for new housing, expand preservation efforts, and engage community organizations, local residents and sister agencies when planning new initiatives”(OneNYC). Because it is clear that private organizations and developers play a large role in this arena, this policy focuses on requiring their involvement. The mayer is relying on the idea of “inclusionary zoning”. This tactic allows developers to increase the sizes of their buildings, in exchange for making some of the units affordable. This is a solution that I think would be very effective. When de Blasio carries out with the plans for inclusionary zoning, then this system will prevail. By providing more spaces to live in and transportation options, the City’s working class population can be granted for locational flexibility when it comes to housing. This reliance on inclusionary zoning will help to lower the 30% rental rates figure as a result. More optionality in the housing market will increase supply, thus driving price down.

Keeping the neighborhoods and buildings clean and rid of criminal activity is important to the overall health of the city. Classic misconceptions about public housing, have lead the public to be misinformed. The plans for OneNYC attempt to disprove Jacobs by “expand[ing] housing and related services to support the City’s most vulnerable populations”(OneNYC). This essentially means that the city will, “will provide community-based resources to promote strong, safe neighborhoods and livable communities for all New Yorkers, including the homeless, seniors, youth who age out of foster care, and formerly incarcerated people”(OneNYC). OneNYC has the potential to be the bench mark for other cities in the United States. Currently, NYCHA owns 328 developments which contain 177,666 units. Of the total crime rate in New York City, residents living in NYCHA developments only account for 9% of the crime rate(“Affordable New York: A Housing Legacy”). A solution to the problem is for de Blasio plans to educate and promote the correct facts through his networks — which he plans on doing. This is really the only way to solve this pressing issue. Providing people with numerical data will allow for more transparency and start a valuable conversation with city government and the inhabitants.

In conclusion, the housing problem is New York City contains many nuances and obstacles. Mayor de Blasio’s OneNYC plans to combat issues that are present in the housing sector. Because tenants are spending more than 30% of their annual income on rental rates, de Blasio is taking measure to increase supply. Furthermore, private developer involvement is necessary to raising the stock of affordable housing units. As a result Mayor de Blasio is planning on implementing inclusionary zoning rules to get developers to participate. Lastly, common misconceptions of violence and crime in other intercity areas, has produced pre-conceived thoughts about affordable housing in NYC. Through education and providing New Yorkers with facts, de Blasio can help to change this growing issue. Housing in New York City will never be perfect; however, Mayer de Blasio and OneNYC can help to make a big step in the right direction.

More from the Blog 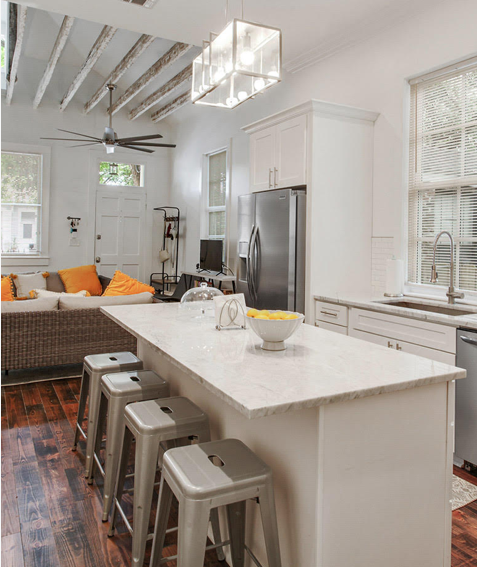 A Resource Guide For Renters

From design inspiration to where to buy, we bring you our favorite resources for the perfect apartment. 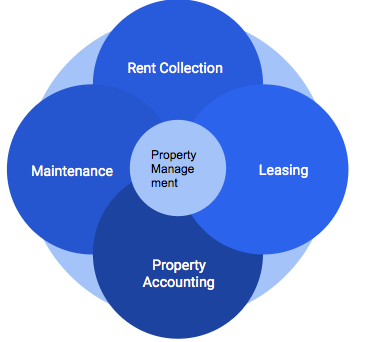 How Technology is Changing Property Management

How technology is disrupting the rental industry and how to leverage it to save time and money. 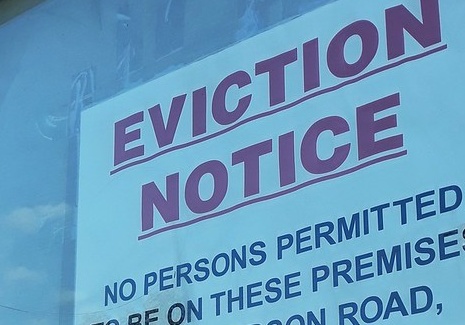 A Series of Unfortunate Events

When a fixable problem like late rent spirals into a series of unfortunate events that lead to eviction.

Subscribe to our blog for the latest news about property management and ownership!
Thank you! Your submission has been received!
Oops! Something went wrong while submitting the form.
We will never share your email address with third parties.